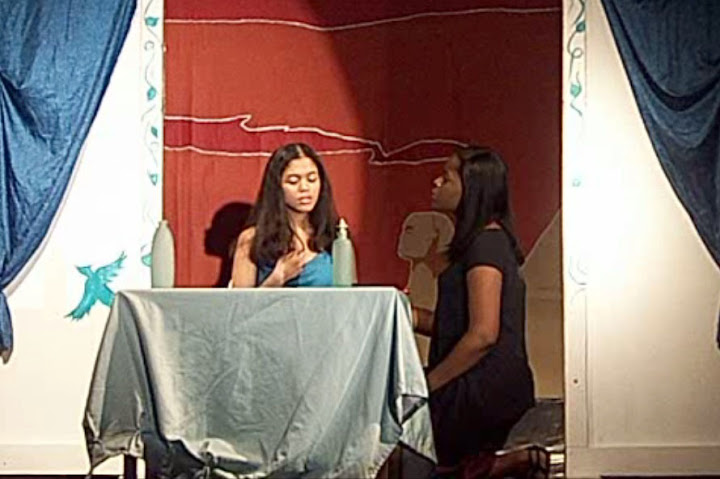 On March 24 to 27, over thirty students from Archbishop Curley Notre Dame High School performed the MTI school arrangement of Elton John and Time Rice’s ‘AIDA’ to a sold-out crowd.

Aida begins in the Egyptian wing of a modern museum, where a man and a woman touring the exhibit catch each other’s eyes. Amneris, a female Pharaoh, comes to life and transports the audience to ancient Egypt where an exciting love story unfolds! Celestyn Angot who played Amneris opened the musical with a solo performance of “Every Story is a Love Story.” 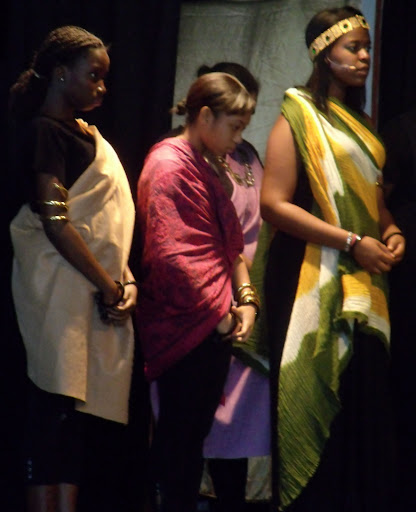 The ACND cast began preparing for the production in December while managing a very active tour offering songs and joy to both their school and community at events such as: the ACND annual golf tournament and school masses; and Christmas concert performances for the Miami Jewish Health Systems, Sinai Nursing Homes, University of Miami Massed Honor Choir, and the ACDA Choral Festival. The choir is also adjudicated each year by at Florida Vocal Association/MPA events.

Producing ‘AIDA’ has been a dream come true for director Daphne Dominique. An accomplished singer herself, she sung the play’s song “I Know the Truth” at a church concert years ago. Ms. Dominique states, “I went on to learn about the whole story and fell in love with the songs, the characters and the play.”

The Knightingales will perform a few songs from their ‘Aida’ production at the Archbishop Curley Notre Dame High School’s Spring Concert where the Troubadours (the school’s instrumental ensemble group) will present Stravinksy’s “The Firebird” narrated by award-winning journalist and ACND alumna, Helen Aguirre Ferre on Thurday, April 14, 2011 at 7:30 p.m. Tickets can be purchased at the door at 7:00 p.m.

Multi-Grammy winner, John Daversa, is one of the leading forces of large ensemble jazz today. Composed of the world’s finest musicians, Daversa’s Large Jazz Orchestra explores the vast catalog of The Beatles through Daversa’s imaginative, … +

Sizzling salsa and Latin jazz, straight from El Barrio! Fresh off a 2018 Grammy® win, the Spanish Harlem Orchestra comes to the Parker Playhouse in celebration of their 15th anniversary. This powerhouse, 13-member group will … +

Frost’s very own faculty artists collaborate to offer a feast of chamber music by some of the most influential Latin American composers of the 19th, 20th, and 21st centuries. Musicologist Marysol Quevedo hosts a 30-minute … +

The Frost Symphonic Winds presents the next installment in a series featuring the best in the wind band repertoire that is also accessible and highly enjoyable. The program includes music by both classic composers such … +

The Frost Sextet and the Frost Concert Jazz Band revisit music from Miles Davis’s audacious Bitches Brew, released in 1970, reimagined in new arrangements by saxophonist Charles Pillow. As part of his residency at Frost, … +