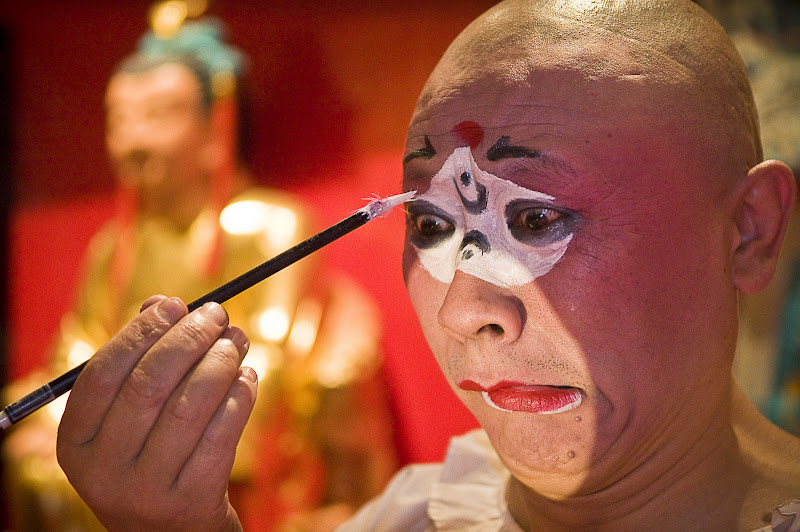 “I decided to meet China’s people and capture a tiny bit of that nation’s character one person and one photograph at a time. These ‘Faces of China’ are timeless glimpses of people who, like you and me, are trying to live their lives to the fullest, plan for the future, and contribute to their community.” – Tom Salyer

Miami based professional photographer Tom Salyer will showcase an exhibit of his work documenting his annual visits to China at the ACND Gallery of Art at Archbishop Curley Notre Dame 6 to 12 Prep, 4949 NE 2nd Avenue, Miami, FL 33137. The Opening Reception will be held on Saturday, November 5, 2011 at 7:00 p.m. and the exhibit will run through January 21, 2012.

“Faces of China’ is not a profound statement about this vast nation’s character, but more of a casual observation of human nature,” explains Tom Salyer. Rather than attempt to accentuate the differences between “us and them,” Salyer chooses to highlight the similarities as we look beneath the costume, colors, and drama and peer into the human soul.

“People are people. That’s valid too, don’t you think? We (the rich, poor, powerful, and powerless) all put our pants on one leg at a time.”

However, this body of work is far from simple. It demonstrates a mastery of technical skills and visual communication. A postcard with a map identifying the shot location and event description serves as a point of a departure. Cross the cultural line and be immersed in an array of rich color, scenic landscapes, and intimate close-ups. 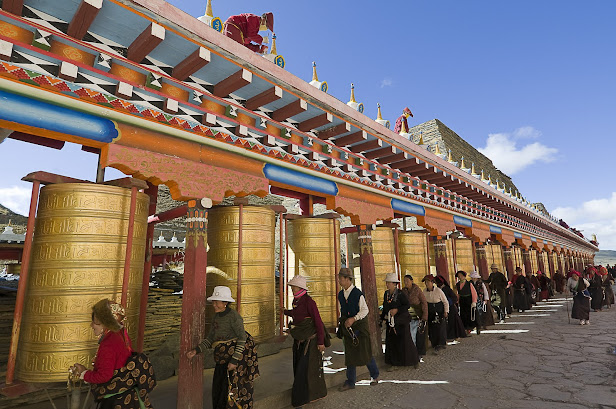 The show will also feature an audio accompaniment of natural, field-recorded sound. As well as traditional commercial photography, Salyer specializes in multimedia presentations and ‘talking postcards’ that combine photographs and sound so that audiences gain a fuller, more compelling experience than any one of those elements could achieve by themselves.

Images detailing the meditation routine of Tibetan Monks are preserved moments in time when complemented with the sounds of horns, cymbals, chants, conch shells, clanging tea cups, and rice being rhythmically scooped and poured over bowls and rings. Salyer describes the experience: “Upon entering the Arou Ba Temple in China’s Qinghai Province, my senses were blasted by the monks blowing low notes on eight-foot-long brass horns. Squawking reed instruments competed with ringing finger cymbals. The Yellow Hat sect Tibetan Buddhist monks were chanting, slowly at times, then ‘rat-a-tat-tat’ as fast as an auctioneer.”

Since moving to Miami in 1980, Salyer worked as a staff photographer with the United Press International covering a variety of news events; by 1989 worked freelance for clients that included Business Week, National Geographic, the University of Miami, and the Florida Turnpike Authority; and in 2004, opened his own business, “Tom Salyer Photography.” He lives in Miami Shores with his wife Kathy and daughter Sylvia – a graduate of Archbishop Curley Notre Dame and freshman at the University of Miami. 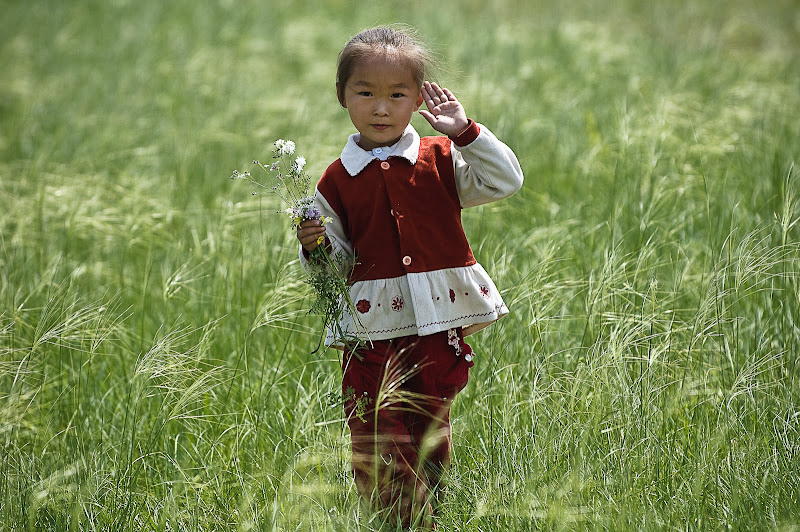 Salyer will exhibit 32 works depicting his experiences with both ancient and contemporary China during an annual visit to the country between 2004 until his most recent trip this October. A community discussion about how educational institutions can create an “interconnected world” will also take place. The discussion’s goal will be in alliance with The Partnership for 21st Century Skills – a national movement to include 21st century skills as the new basics of American education. Mastery of world languages and the weaving of global awareness into core subject areas are key components of their definition of success. Members of the Community Leadership Partnership of Greater Miami Shores including Dr. Joan Lutton, Head of The Cushman School and Br. Patrick Sean Moffett, CFC, Ph.D., ACND Principal will lead this discussion.

Any representatives of educational institutions or members of the community who wish to share their interest in this subject or their personal experiences in China may contact Doug Romanik, Vice Principal for Advancement dromanik@acnd.net or 305.751.8367 *28.

The traveling exhibition History, Labor, Life: The Prints of Jacob Lawrence explores three major themes of Lawrence’s larger oeuvre and specifically focuses on his graphic work. Lawrence’s recording and recollection of African-American and larger African diasporic histories are featured, as … +

The photography of Johanne Rahaman, and curated by Dr. Jeffreen M. Hayes, this exhibition presents images from the BlackFlorida project, an archive of photographs and personal histories that documents the people and everyday life of … +

Through a large donation of Cuban art in 2017, an earlier donation of Latin American art in 2011, and significant gifts through acquisition funds, the Jorge M. and Darlene Pérez has added more than 500 … +